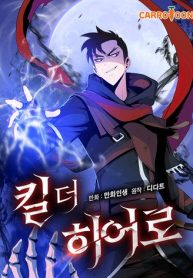 N/A, it has 4 monthly views

Read Kill the Hero Comics  also known as (AKA) “킬더히어로”. This OnGoing manycomics was released on 2020. The story was written by D-Dart and illustrations by CarroToon. Kill the Hero webtoon is about Drama, Adult Manhwa, Manhwa 18, Manhwa Hentain, Adventure, Fantasy story.

One day, the world transformed into a game.
‘Dungeons’ and ‘monsters’ emerged in the middle of cities, and ‘players’ who had received the gods’ authority appeared.