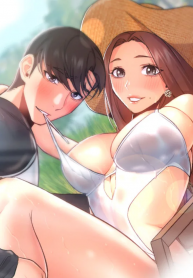 Sola and Kyung-ho are the perfect couple…almost.
Three amazing years together and there’s only one teeny problem: he’s never given her an orgasm.
When Kyung-ho discovers Sola’s trusty stash of sex toys
(a girl’s gotta get off somehow!) a screaming row erupts and they break up.
Cut to next morning and something’s off… Sola and Kyung-ho have switched bodies!